Frozen shoulder also known as Adhesive Capsulitis is a common condition which cause loss of motion/movement in the shoulder limiting the free movement of the shoulder. It can occur in one shoulder or in both shoulders simultaneously and commonly seen in people between 40 -60 years of age specially women and patients with diabetes.

Initially the tissue around the shoulder joint become stiff and rigid with formation of scar tissue making the movement of shoulder painful and limited. In views of Ayurveda, it is called as “ABABAHUKA”, and is believed to cause by Vatta imbalance (Air: physical hiumor). When the Vatta aggrevates, in the region, the property of Vatta also tends to dominate causing the joints to loose the viscosity due to dry and rough nature of VATTA (air) by absorbing the synovial fluid. Hence the movement of joints become very painful and limited.

The main identified cause is the dietary and physical activities / habits which are Vatta aggravating or any injury in the shoulder region. People who have suffered any shoulder injury such as Rotator cuff tear are also at risk of developing Frozen Shoulder.

Treatment: In conventional medical system, it is generally treated with NSIADS, other pain killers and sedatives for long time. The cure still remain unassured and the numerous side effects draws the attention of patient towards Alternative medicine such as Ayurveda. In Ayurveda, the patient is generally assessed by Ayurvedic practitioner to understand the prakriti (Body constitution) of an individual to advise the best herbs and treatment types. Panchkarma therapies have been found very effective in treatment of Frozen 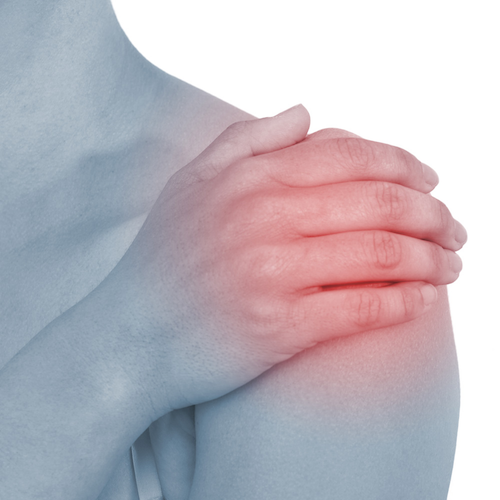 Snehan and Sweden (Shoulder lubrication): With application of Herbal Oils followed by Ayurvedic herbal massage and the fomentation therapies, the aggravated Vatta means the inflammation and the pain gradually pacifies. It also removes the toxins with stimulated perspiration and lubricate the joints for normal movement. Other Panchkarma therapies Nasya (Nasal admisnistartion of the herbal medicines to expel the Vitiated Dosha ( VATTA) from head and cervical region) and Vasti are very effective in treatment of Frozen shoulder.

Apart of the treatment, the practitioner also advises the diet and activities which as VATTA pacifiers and the Yoga Asana to cure the root cause of the Disease.